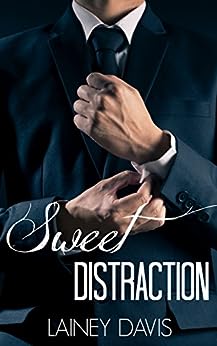 Tim Stag has it all under control. He’s taken charge of his family ever since his mother’s death, raising his brothers while finishing college and law school early. Now he runs an empire, and nothing will stand in his way as he looks to expand Stag Law.

Until Alice Peterson comes along.

The new corporate chef is supposed to give his company an edge, but Alice Peterson is anything but corporate. Wild and spicy as her food, Alice sweeps into Stag Law and drives Tim to distraction. He’s not used to distraction.

Sweet Distraction is a short, stand-alone, contemporary romance with an HEA and steamy love scenes. This is book one of a series, so stay tuned to read about the other Stag Brothers and the women they weren’t expecting to love.