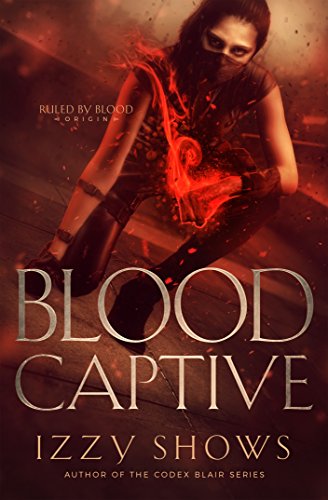 In a world ruled by blood, don’t forget to check the shadows.

The dawn of vampires has come, they have dominated the world, and the blood mages that challenged them—the only creatures capable of annihilating their species.

When one blood mage is freed from the dungeons, by a werewolf no less, tensions rise in the vampire court. Werewolves have not been seen in centuries, and a blood mage on the loose could mean the downfall of vampire kind.

She’s taken, trained, and turned into a lethal weapon. The shadows are her friends, the vampires her prey.

The time has come for her to prove herself—her first solo hunt. If she fails, she stands to lose everything she’s come to depend on.

When the Prince of Vampires stands between her and her prey, she has no choice but to find another way.

But he’s not the only complication.

What price would you pay for freedom?