Katherine Clayton, divorcée and single mother of two, just sent her kids to California to spend the summer with their father. During the ten months of the year when they’re in her custody, she gives all of herself to her children. She doesn’t even date. But the summers are hers, and she’s going to make the most of their absence with her annual summer fling.

Unfortunately, her past four summer romances have fallen flat. If she can’t find a man this summer who can fulfill her needs, this year’s fling will be her last. Katherine needs a man who won’t leave her unsatisfied. For her, bigger truly is better, and anything less than huge won’t do.

Greyson James is more man below the waist than most women can handle, and he’s beyond frustrated that he’s unable to enjoy the great sex other men take for granted. Since he finds no pleasure in causing women pain, traditional sex has become a novelty . . . until he meets Katherine. She’s exactly what he needs and vice versa. And the chemistry between them is undeniable.

Now Katherine must decide if she can trust Greyson with not only her heart, but her company.

As the Banger Trilogy unfolds, Greyson and Katherine will wrestle with their feelings for each other, long-held family secrets will be revealed, and scandals neither could have imagined will rock them to the core.

Will what they’ve found in each other be enough for happily ever after? Or will one passionate summer be all they share? 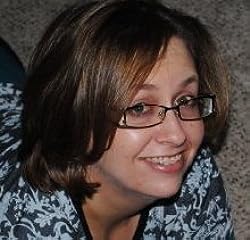 Donya Lynne is the bestselling author of the award winning All the King’s Men and Strong Karma Series and a member of Romance Writers of America. Making her home in a wooded suburb north of Indianapolis with her husband, Donya has lived in Indiana most of her life and knew at a young age she was destined to be a writer. She started writing poetry in grade school and won her first short story contest in fourth grade. In junior high, she began writing romantic stories for her friends, and by her sophomore year, she’d been dubbed Most Likely to Become a Romance Novelist. In 2012, she fulfilled her dream by publishing her first two novels and a novella. Her work has earned her two IPPYs, five eLit Awards, a USA Today Recommended Read, and numerous accolades, including two Smashwords bestsellers. When she’s not writing, she can be found cheering on the Indianapolis Colts or doing her cats’ bidding.