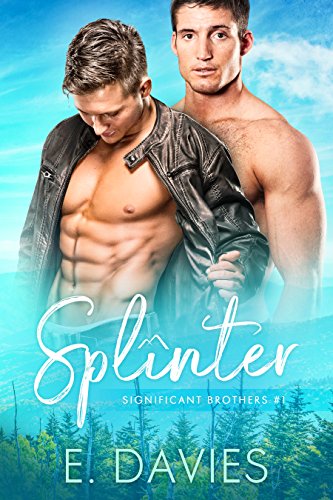 After zero-gravity heroics left astronaut Nicolas Rogers injured, his new job as a park ranger seems perfect. Being a caretaker of his corner of the Smoky Mountains makes him almost okay with having to be on Earth. More importantly, this deep in the woods, Nico’s practically a hermit at a remote ranger station. Sure, he has good friends in nearby Knoxville, but he’s otherwise free from petty drama and broken hearts… until Deen enters his world.

Caught in a compromising position by relentless paparazzi, rock star and international playboy Deen Jayse barely escaped with his career intact. He needs image rehab and a break from fame. His manager strongly suggests a stint in the Smokies, promoting national parks and being wholesome. Which would be a lot easier if Nico weren’t there in his sexy park ranger uniform.

Nico already has his hands full with arsonists at the park without Deen adding to his workload. He thinks he has to babysit a spoiled celebrity, but when he catches a glimpse of the man behind the persona he sees something he can’t resist. They’ve both experienced the isolation of fame, and while their loneliness brings them together, their worlds threaten to tear them apart. Deen can’t just drop everything to go live in the mountains, and Nico can’t abandon them… After a taste of being together, how can they possibly face a future apart?