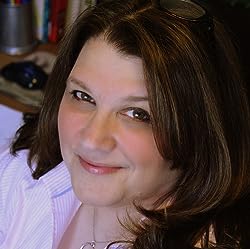 Jeannie Moon has always been a romantic. When she’s not spinning tales of her own, Jeannie works as a school librarian, thankful she has a job that allows her to immerse herself in books. Married to her high school sweetheart, Jeannie has three kids, three lovable dogs, and resides on Long Island, NY. If she’s more than ten miles away from salt water for any longer than a week, she gets twitchy.

READ DARING THE PILOT FOR FREE

Keely Andersen hasn’t visited her hometown more than a handful of times in the last ten years, but when her doctoral research sends her back to Marietta for the immediate future, she can’t wait to reconnect with the community and the mountains she missed so much. Of course, nothing goes as planned, and Keely’s truck breaks down a few miles outside of town. When help arrives, she finds herself face to face with her brother’s best friend – the guy she used to call big, bad and gorgeous – Jonah Clark.

Still settling back into Marietta after a harrowing stint as an army helicopter pilot, Jonah Clark plans to spend a few days hiking the local mountains to prepare for his job as a pilot for Crawford County’s Search and Rescue team. When he stops to help a stranded driver, Jonah is shocked to find his best friend’s younger sister is the one behind the wheel. Only now, instead of the geeky teen he remembered, Keely is all grown up with curves he can’t resist.

Though the sparks of attraction ignite immediately, they’re hesitant to act because of their shared past. But when a project dear to their hearts is threatened, and a boy is lost on Copper Mountain, Keely and Jonah drop everything to fight for what matters, including each other.