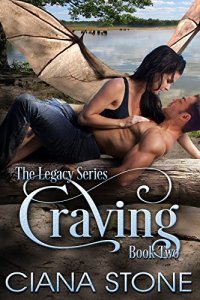 A western paranormal tale of passion and danger.

Illiana.
She’s as exotic as her name. All woman and all warrior. Illiana is no shy flower. She’s a handful. Actually more. Big, strong and fearless, she inspires desire that surpasses anything John Luke Legacy has ever felt. But it’s more than passion. Illiana inspires emotions he didn’t think himself capable of.

But things are not what they seem.
John Luke discovers that his view of the world up until now has been surprisingly naïve. There are things going on that make fantasy tales seem tame. And there are people that make him understand just how those fairy tales began. Like Illiana.

Lust and love walk hand-in-hand
She’s going to teach him about a level of passion he didn’t know he possessed and a depth of love he didn’t dream he was capable of. He sees a future he wants more than anything.

Now all he has to do is keep her alive to claim it and it won’t be easy because those who want her dead will stop at nothing and their numbers are many.

But they’d never done battle with a Legacy